Croatian men aged 16 to 24 are better than the European Union in primary computer skills – the difference is 12 percent December 18, 2017 – Posted in: lifestyle, posts

Eurostat provides data on computer skills based on, among other things, copying or moving file or folder. The percentage of Croatian men aged 16 to 24 exceeds European standards by 13 percent regarding necessary computer abilities. It turns out that Croatian students are better by 12 percent in this discipline than the European average. Croats also have an advantage over Europeans with higher education – 11 percent.

Age and sex
Among women within an age range between 16 and 24 years old, 94 percent of respondents showed the ability to copy or move a file or folder. Men in the same age group outnumber women by 4 percent. 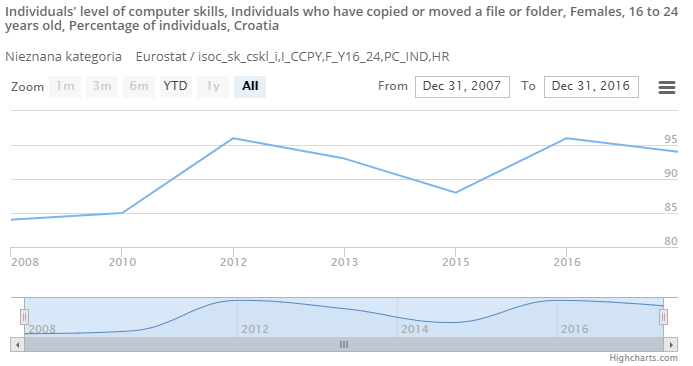 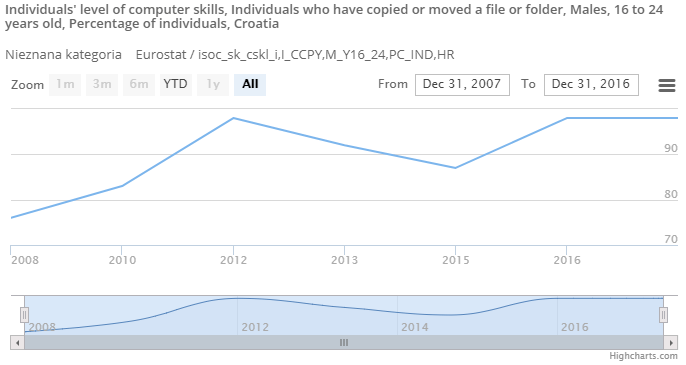 Between the ages of 25 and 54, 72 percent of women can copy or move a file or folder. Men in the same group have an advantage over women by 6 percent. 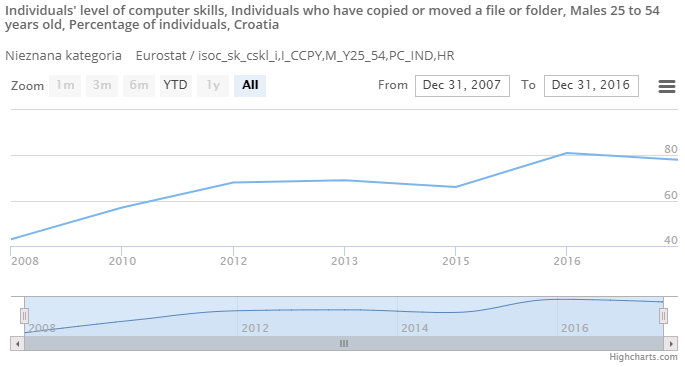 In the 55-74 age group, 17 percent of women think they can copy or move a file or folder. Among men in the same range, the rate is 33 percent. 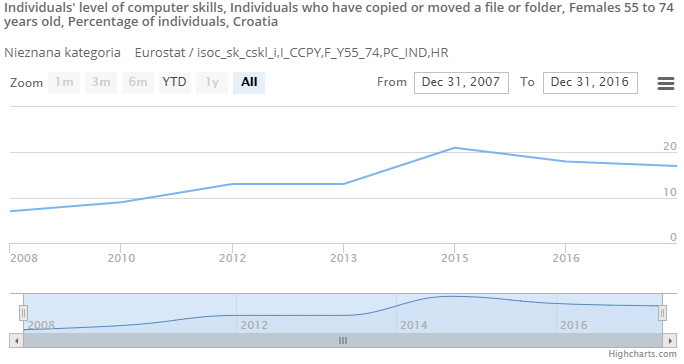 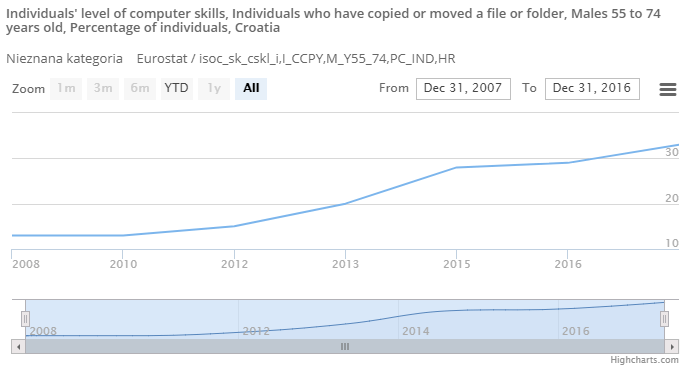 Education
It turns out that the level of education also affects the computer abilities. People with the capacity to copy or move a file or folder that has not completed any school or have primary education constitute 19 percent of the population. In the case of high school graduates, 66 percent of respondents can copy or move a file or folder. The percentage of students who can do this on a computer is 99 percent. Interestingly, students have an advantage over respondents who already have higher education. The difference is 5 percent. 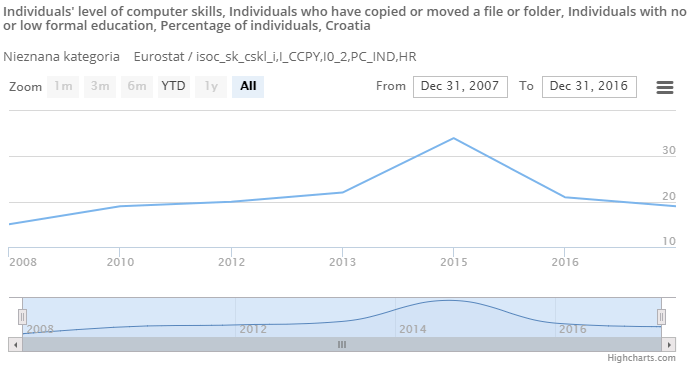 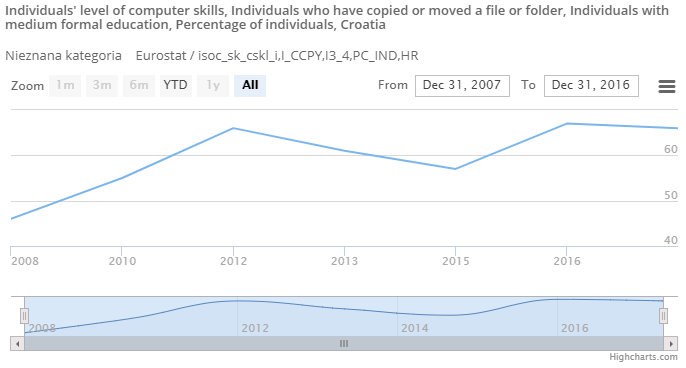 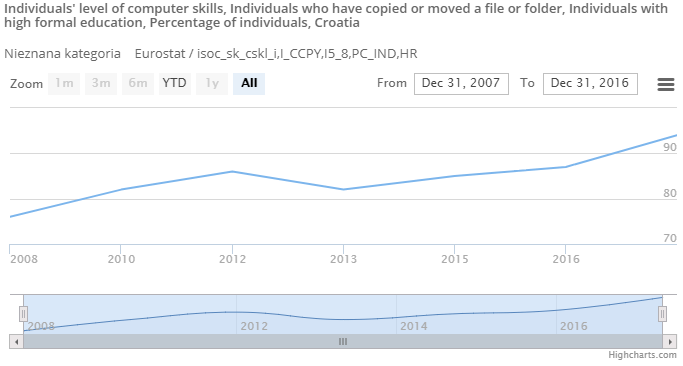 Population density
It is interesting that the size of the population in a given area also affects the computer skills of the inhabitants of Croatia. Croats who can copy or move a file or folder living in densely populated areas (at least 500 inhabitants/km2) constitute 72 percent of the general population. 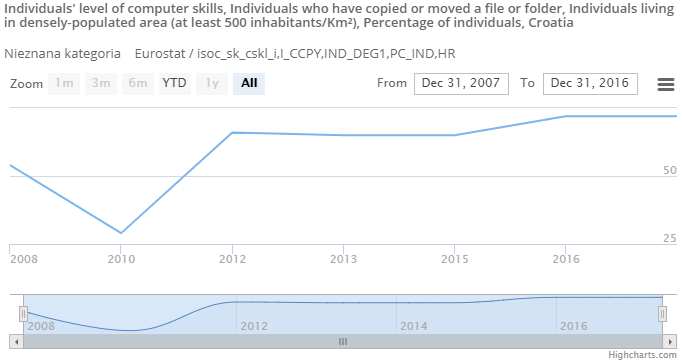 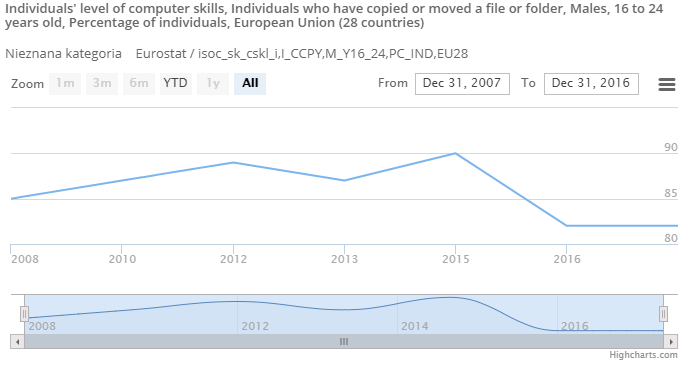 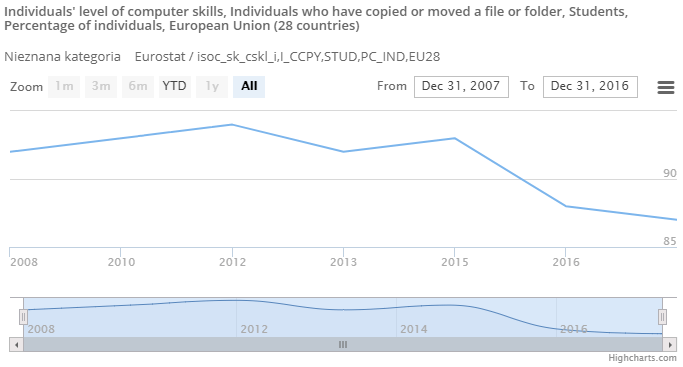 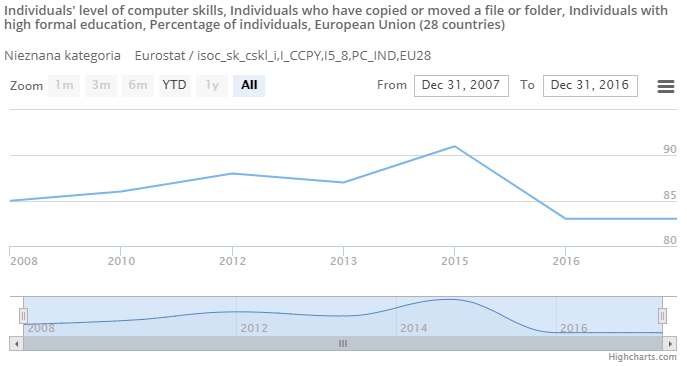