ExMetrix forecast models prove the exceptional correspondence of medium term models. All of them suggest an increase of primary non-ferrous metals. Additionally, the forecast is reinforced by further weakening USD against EURO.

The overview of historical and current ExMetrix forecast models.

The model forecast strong growth of the rate. 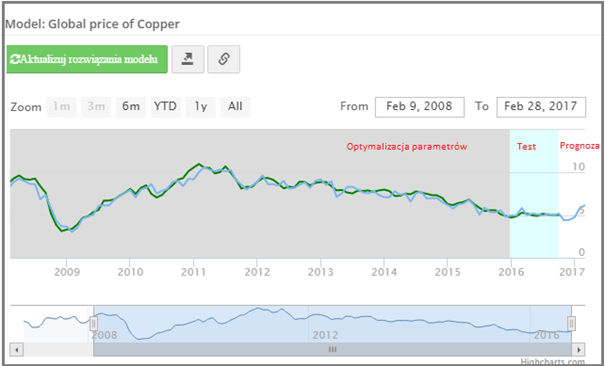 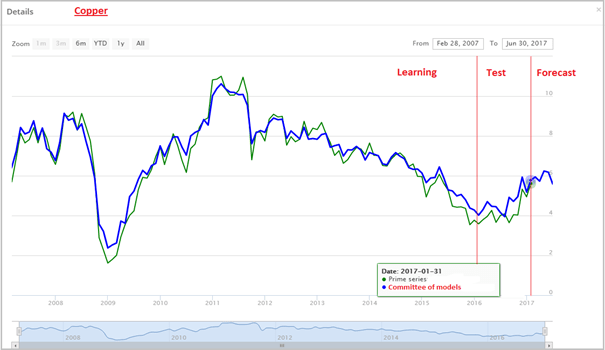 The models were mined through June and July. The models forecast an increase of rates for the whole non-ferrous metals market (also for zinc and aluminium not included here) to the end of 2017. 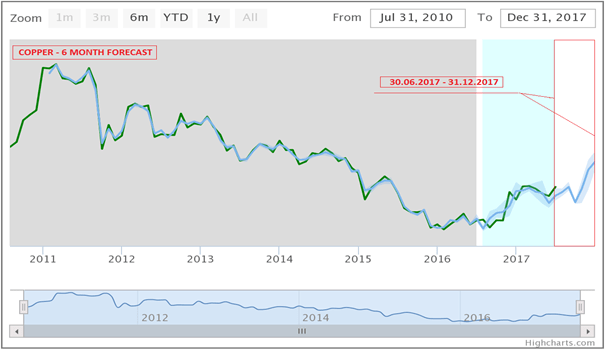 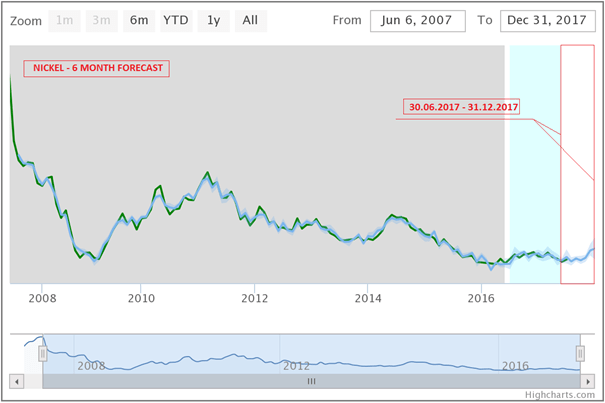 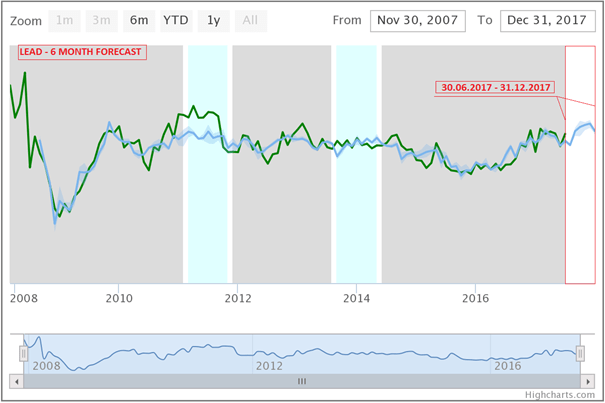 Since the middle of May up to the present moment, the rate of copper grew by 13.2%, the rate of nickel rose by 9.3%, and the rate of lead increased by 7%.

Additionally, the growth of metal rates expressed in USD should be favoured by the forecast of further weakening of American currency against Euro. We published the first forecast for EUR/USD at 1.07302 on 15.03.2017. 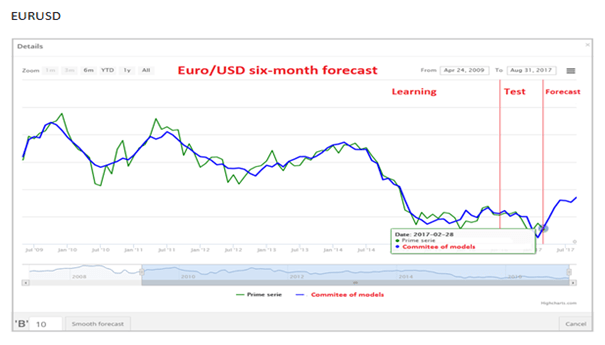 The forecast implied the beginning of strong growth which is taking place now and the current rate is 1.17589. Therefore, the rate increased by 9.5% from the moment of publication. 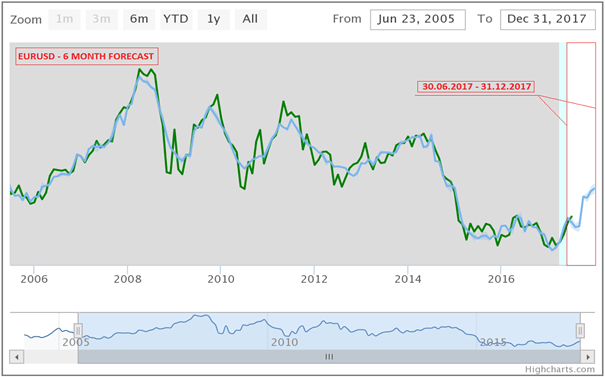 « In Malawi tonne of pepper costs 700 USD, and in Vietnam, the price is ten times higher. Whereas in Poland the price amounts to 22 000 PLN on the basis of a USD/PLN exchange rate at 3,5.
Soaring prices of butter in Poland. This problem also comes up in other countries. »