The volume of investment in medium- and long-term nonpublic business activities is one of the indicators of economic development. These undertakings often involve a significant degree of risk.

The table below published by Eurostat depicts the data concerning Venture Capital Investment (code VENTURE) which is expressed as GDP (Gross Domestic Product at market prices). Venture Capital Investment (VCI) is the subset of private equity which is intended for investments in listed companies and firms which develop new products and technologies. VCI serves as the early stage funding (seed and start-up), or it is used for expansion of a venture (later venture). 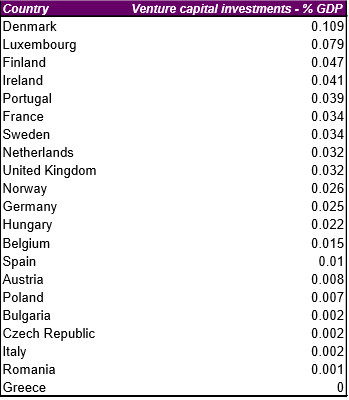 The best situation is in Denmark and Luxembourg. There are over ten times more VCIs than in Poland involved in the development of business activities.

The chart below depicts the situation in Poland through last ten years.

For comparison, we included the situation in Denmark where is the highest VCIs involvement.

The percent of GDP dedicated to R&D is the most significant indicator which notifies about the level of economic innovation in a particular country.

The analysis of Gross Domestic Expenditures on R&D (GERD) published by Eurostat proves that the developed and rich countries dedicate the largest proportion of GDP to R&D. Unfortunately, Poland is almost at the end of the list. 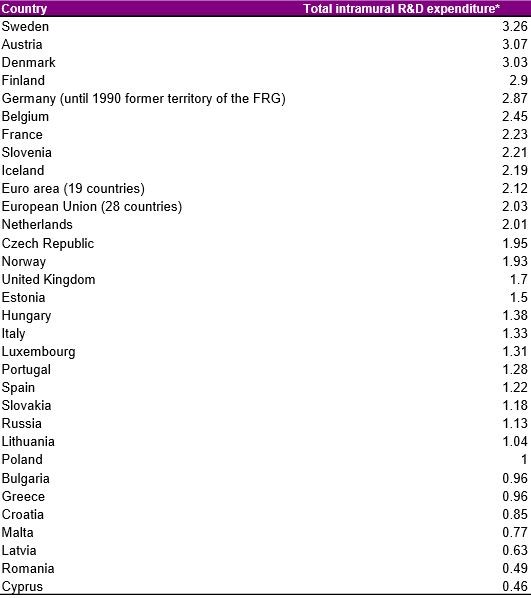 R&D expenditures per capita are the highest in the developed countries. In Poland, the same expenses are five times lower than the average of spending in the UE. 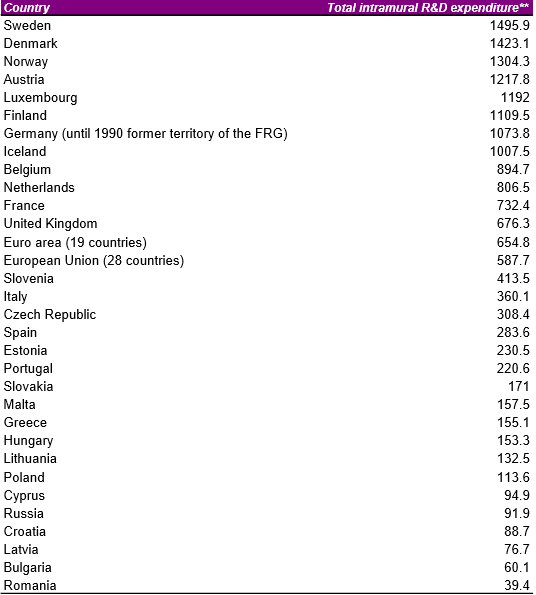 The growth of the indicator seems to be promising. Over the last decade, the total intramural R&D expenditure in Poland increased nearly four times while the UE average grew just by one-third.