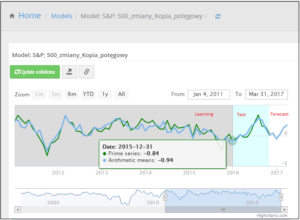 S&P 500 index does not allow to forget about it. Trump’s dip is behind us but the referendum in Italy and a probable increase in interest rates of FED are still yet to come. These are in the nearest time. In April 2017 France is going to choose a new president. These events might surprise markets and they might have an impact on the most significant American index. As for now the model generated by ExMetrix for this index indicates feasible development in a several months perspective. The increment might sustain if Trump keeps his promises which may also affect an increase in inflation in the USA. His promises concern migration and customs policy, reduction of unemployment and infrastructure expenses. Trump’s suggestions aim at fostering growth in the economy and dollar strengthening with an increase in the budget deficit of the USA. Debt instruments are sold what causes a rise in their yields. The American banking sector may also take some benefits from the increase in interest rates. All these things push the American indexes towards new peaks. The question is, how long will it take? 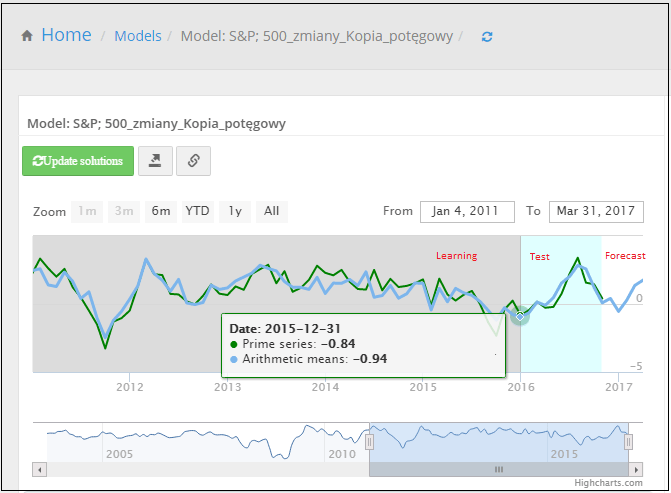 The model for S&P 500 index generated by ExMetrix indicates a probable development in a several months perspective. Trump’s promises might affect it positively. The result of referendum in Italy (4th December 2016) or predicted increase in interest rates by FED (16th December 2016) may be also really influential. In the longer term the result of April election in France is also dominant. The forecast below is based on momentums of explanatory variables. The horizon of forecast is 5 months forward. 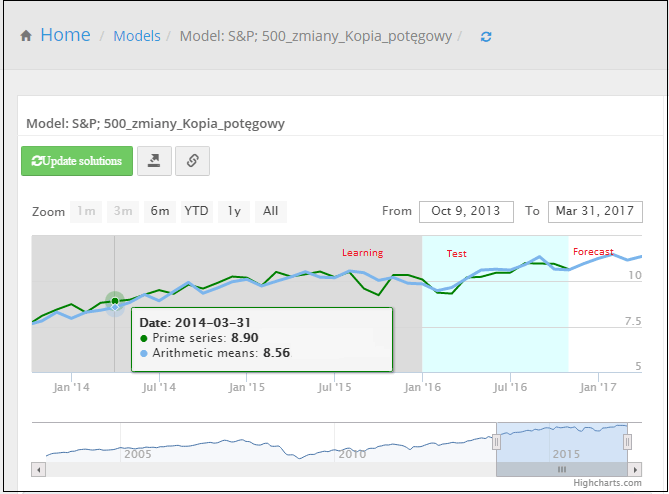