Even up to 8.8% of the population can be infected with COVID-19. The number of tests needed to detect a positive case is a key indicator for assessing the situation in a given country April 20, 2020 – Posted in: analyses, carousel, lifestyle, Our forecast, posts, Uncategorized – Tags: covid-19

Is it possible for even up to 8.8% of people in the world to be infected? Such a strong thesis can be obtained by analyzing available data on the development of the disease in the world.

What part of the population may be infected?

Iceland in which there are just over 341 thousand people have already completed (as of April 16, 2020) 38,204 tests for COVID-19. This means that this small country has already examined more than 10% of its population, finding 1,739 people infected. Such a large sample can certainly already be considered representative – which allows us to draw an intriguing thesis – 4.55% of Iceland’s population is very likely to be or has been infected with this disease.

Data on infections are available for many countries, but they cannot all be treated similarly. Countries like Nigeria, Venezuela or Bangladesh have done very few tests, they can not be taken into account in any way – they are statistically insignificant, the number of people surveyed fluctuates in fractions of a percent. However,  on the other side of the scales is the aforementioned Iceland, and more than 30 other countries that surveyed over 1% of the population and another 10 from over 0.5% of the population checked. Of course, some of these countries are very small, so further analysis must also consider this parameter as important. Using simple mathematical operations, one can assess the significance (certainty) of the sample tested in different countries. When assessing the statistical significance of the result from 85 countries, we selected 47 with a significant sample of tests performed.

In total, these 47 countries performed over 15.5 million tests and their total population is 1.3 billion people. There were 1.7 million infections found, so over 10.5% of the tests were positive, and almost 12% of the population was tested. The average infections ratio from these countries is 8.8%.

Of course, this assumption is somewhat simplified, it is claimed that increasing the number of tests performed dilutes the result. The key indicator here is the number of tests needed to detect one positive case. It ranges in 47 analyzed countries from 143 in the United Arab Emirates, 69 in New Zealand (which is already celebrating the victory with COVID-19[1]) to situations as critical as France and Belgium – with 1 positive case for 4 tests and the United Kingdom – where every third test is positive!

There are countries where the positive case detection rate is dramatic.

5 countries with the worst rate of tests for one infection are the UK, Belgium, France, the Netherlands and the United States respectively. The reasons for this situation can certainly be many – but the basic is downplaying or even ignoring the pandemic for a long time in these countries (elections in France, the initial reaction of President Trumph), large cities concentrating huge populations of people (New York) and relatively (compared to the population) high air traffic – and therefore virus import from abroad[2].

The conclusion is obvious, it is one of the key parameters for assessing the scale of the COVID-19 problem in a given country. In Poland, the trend is not yet obvious, the coming days will only show the picture of the situation. 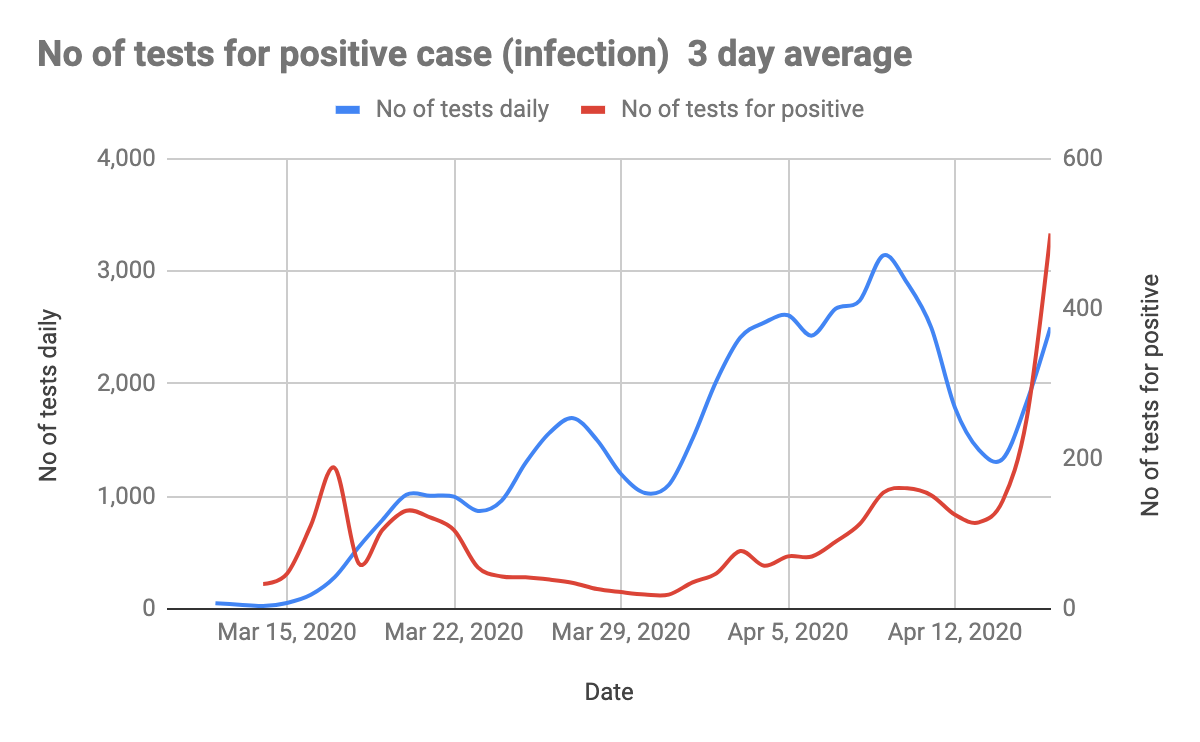 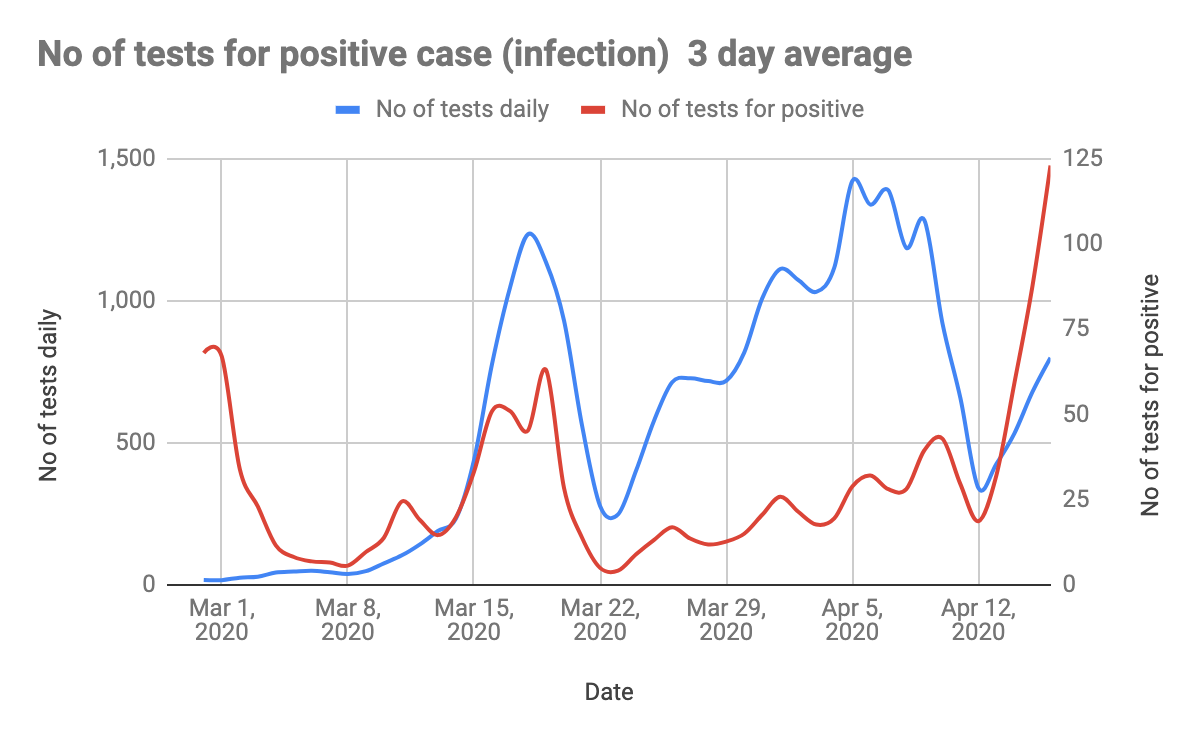 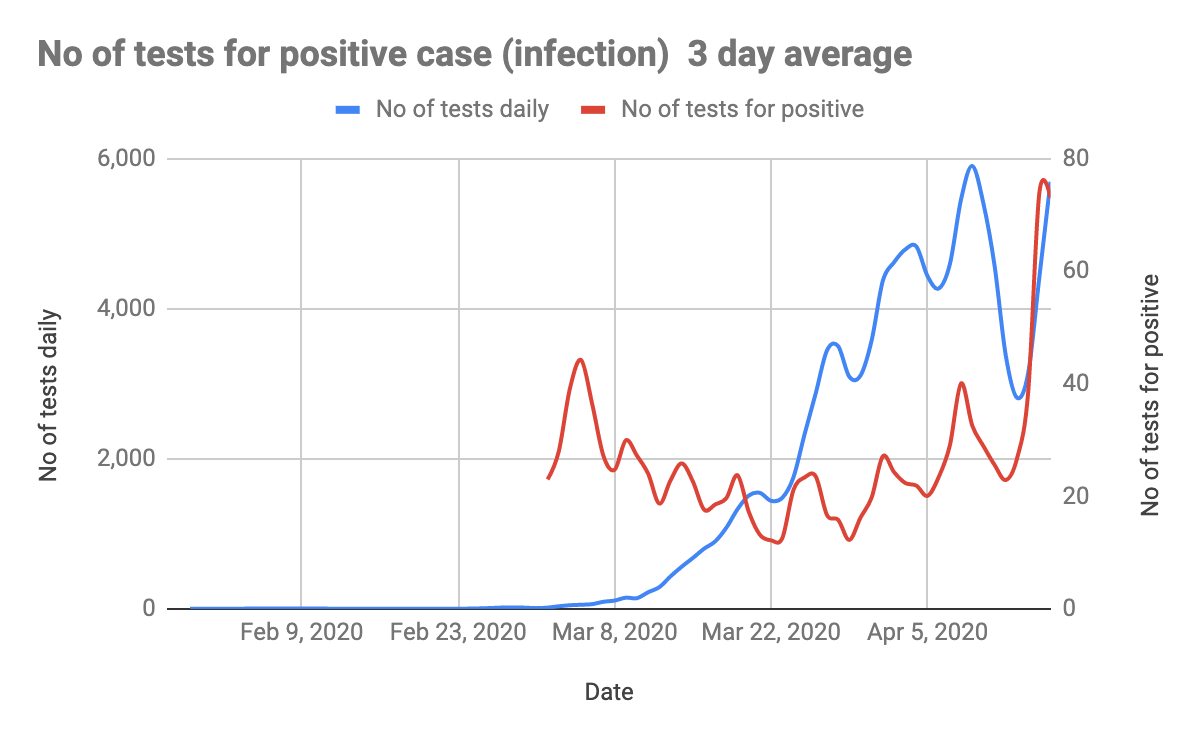 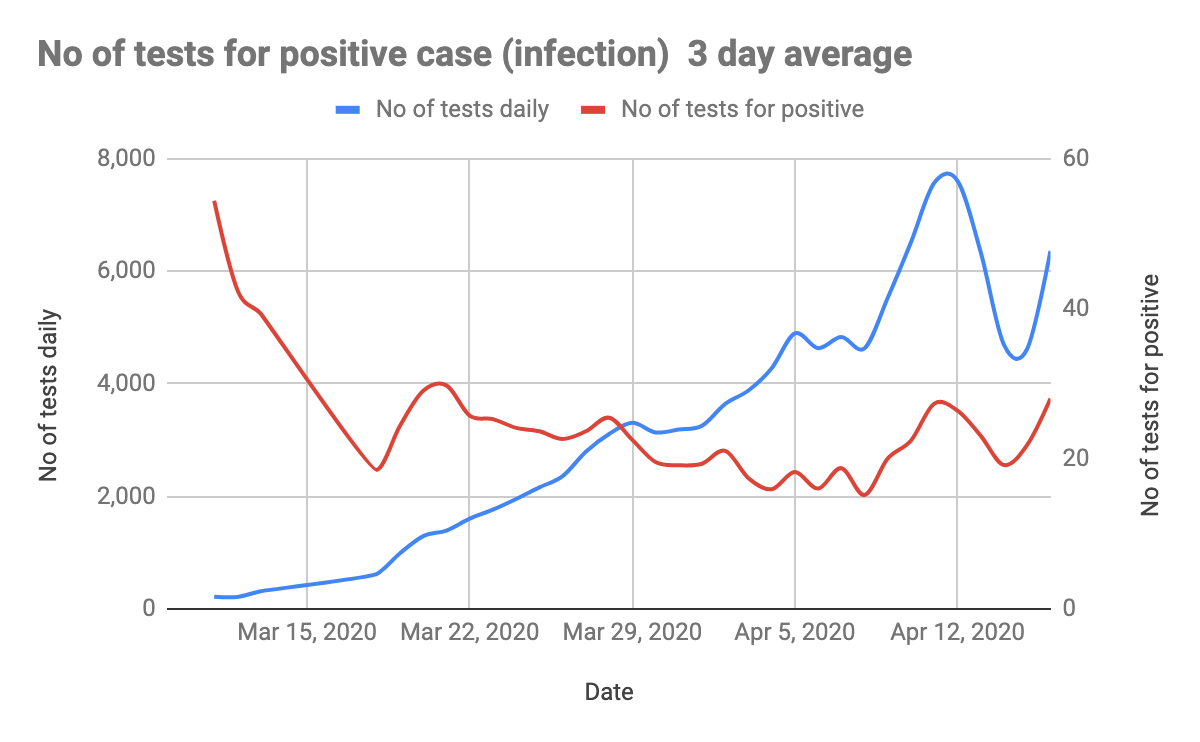 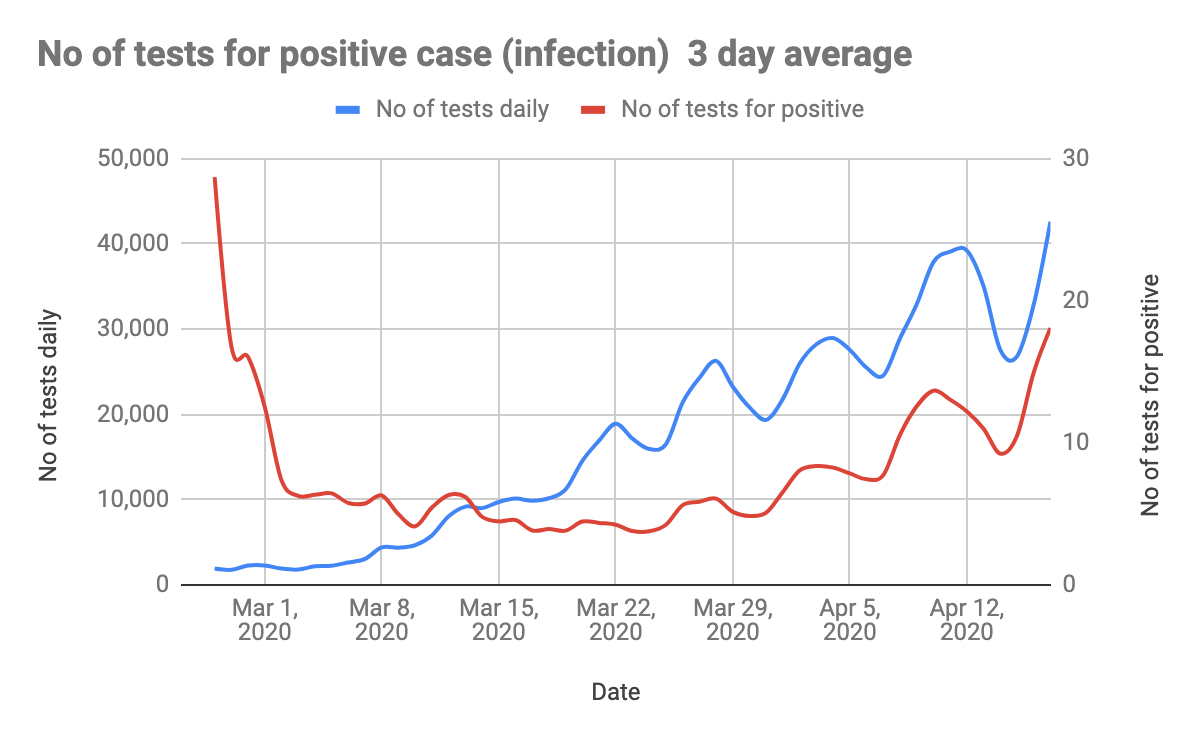 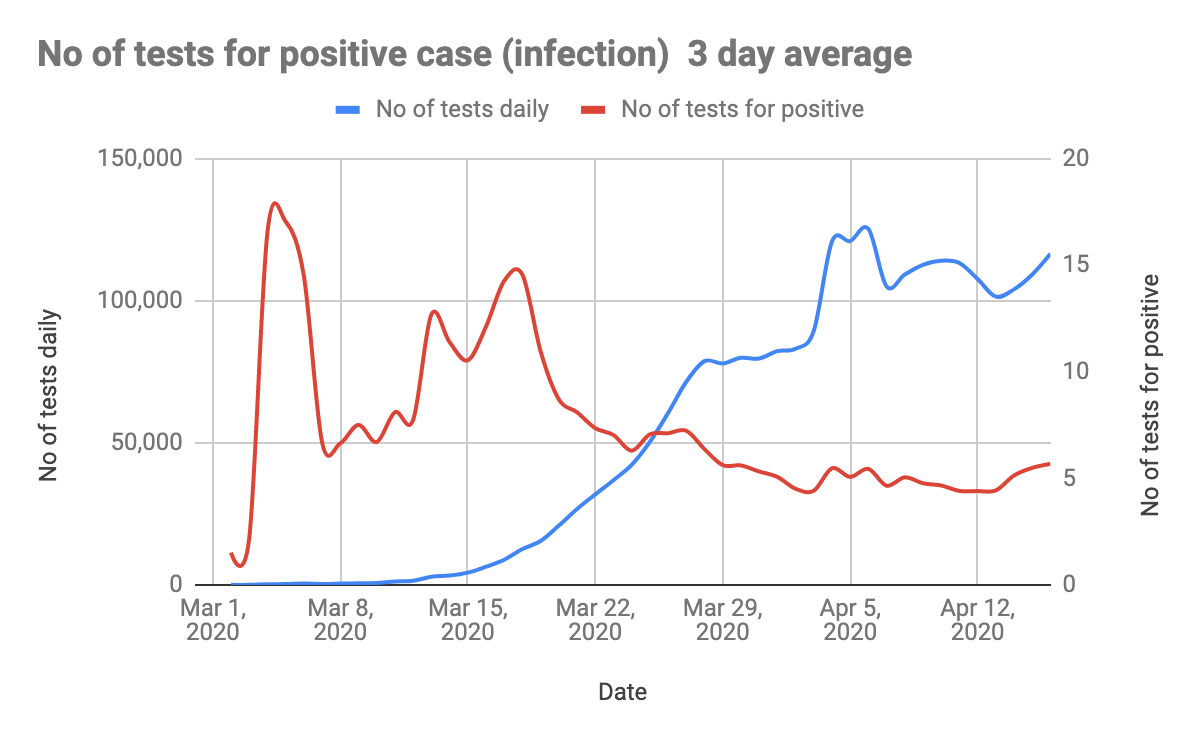 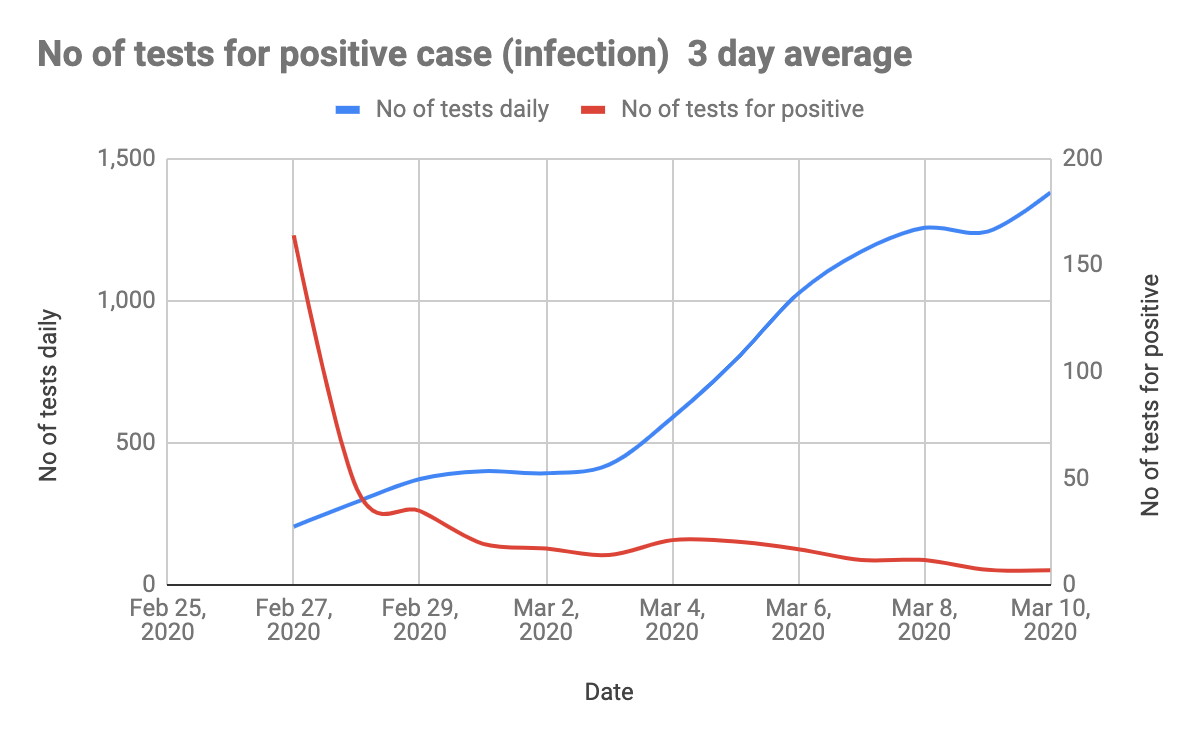 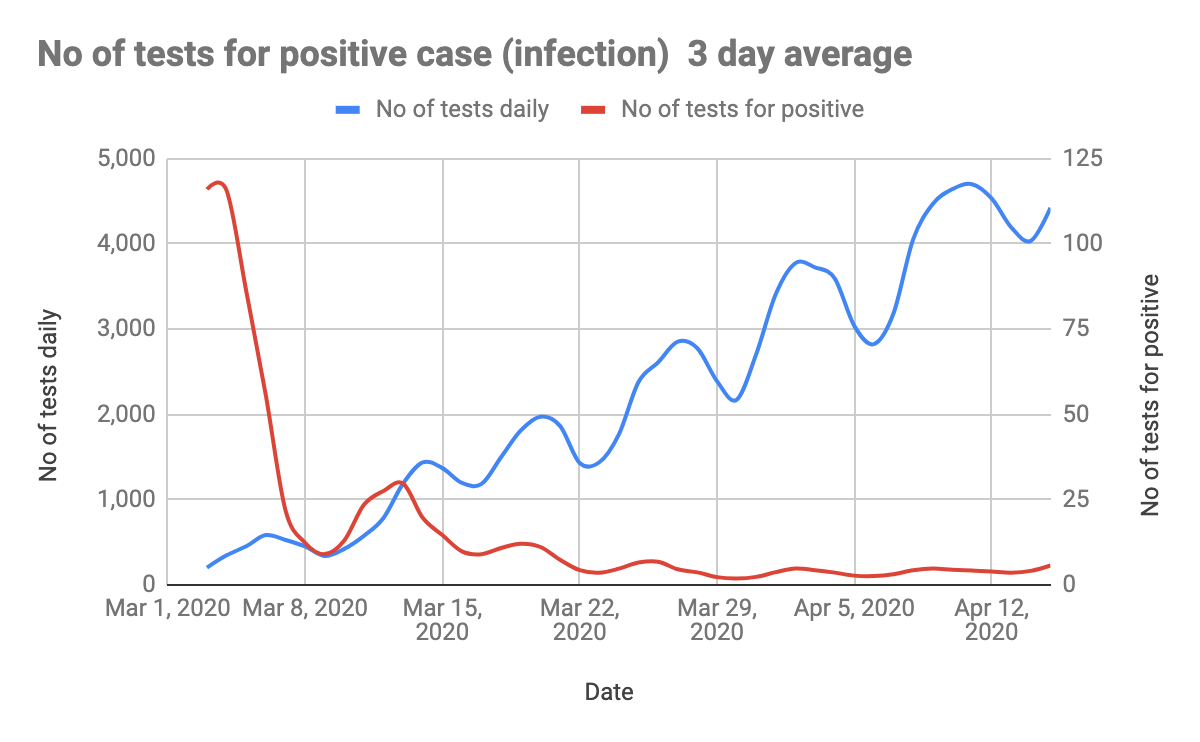 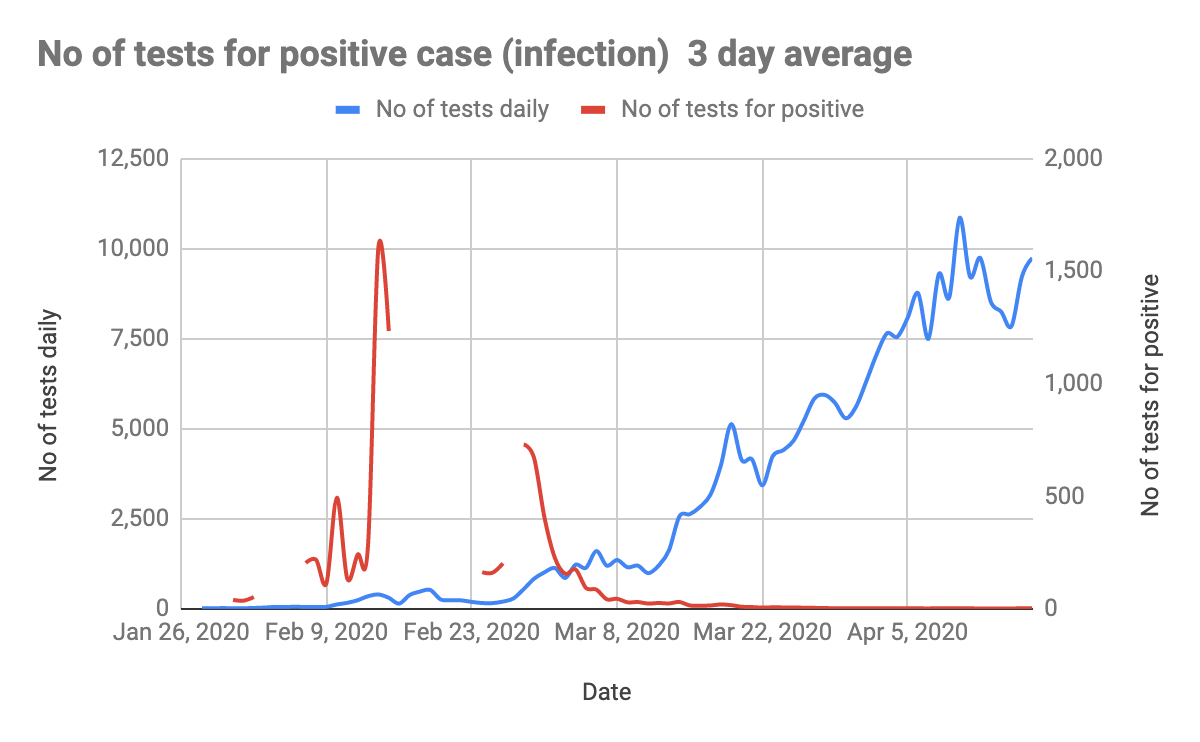 Of course 8.8% is an extreme value, however on the other side we have 10 countries with the highest coverage of the society (including Germany) where the average infection detected is 5.58%, which is also a lot.

Unfortunately, the COVID-19 test has the disadvantage that only a positive result can be sure – i.e. a number of tests indicating the absence of a virus can show its presence in a given patient in the later period of the disease (e.g. due to too early tests and low amount of virus in the body)[3]. This additionally disadvantages the result – some cases are not detected!

The following table shows the 12 countries with the highest coverage:

The following list of countries with the highest number of tests to be performed to detect one positive case (infection):

The reverse order, i.e. countries where according to this indicator the situation is the worst:

Poland looks not so bad in this table, ranking 19th in terms of the number of tests detecting 1 positive case:

From the above analyzes, you can create map of infections, which in a simplification might look like this: 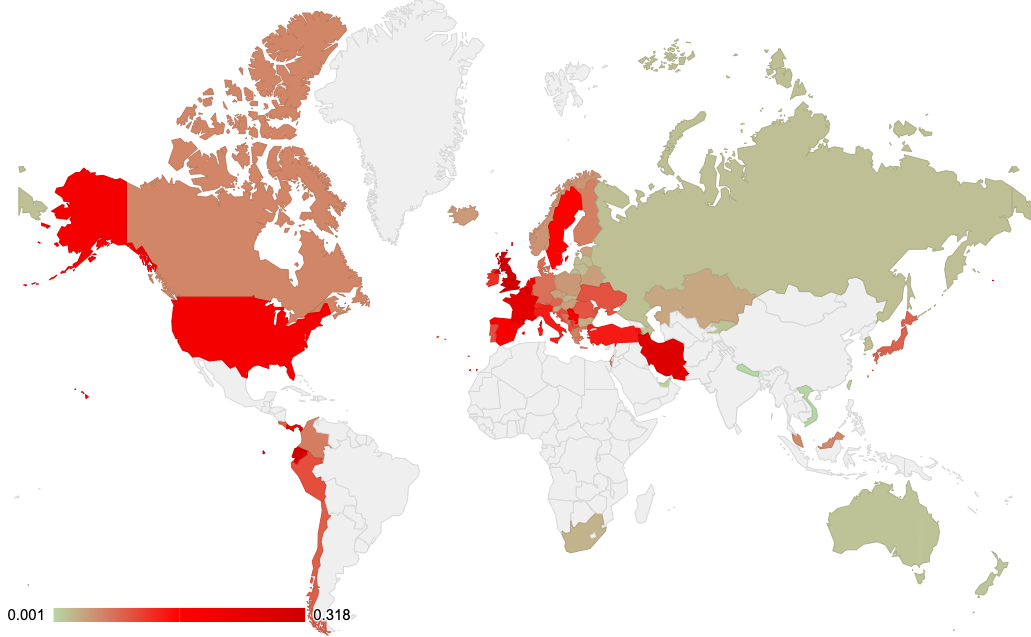 It does not include China due to considerable controversy with the data provided by that country. As for the results from Russia, there are no clear reasons to exclude them for now.